"This article will show you the top 10 cool iMove effects, and then you can choose the desired one to make your videos marvelous." more >>

With iMove, Apple create an editing program that's highly versatile. Adding special effects becomes one of the key editing functions of iMove. The program provides widely various cool iMove effects that will make your videos sparkle. Next I will share the top 10 special iMove effects for your reference. You can make iMove a wonderful video editing program to use with the following iMove unique effects.

You don‘t need to go to the exotic locations. This effect allows you to do it all at home. Being able to fly, walking on an alien world or surviving a spectacular accident are all done with smoke and mirrors, or more precisely, chroma keying. The idea behind the process is that it's easy to cut out a single color rendering it transparent and allowing you to put something else in its place. Green or blue are used because both colors are the furthest away from all human skin tones. This video special effect offers the ability to automatically remove a green or blue background from a clip. 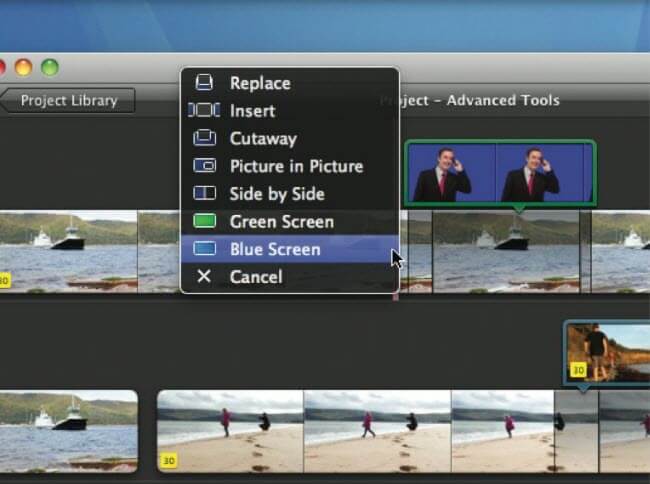 2. Get a Dolly Zoom Effect

This effect is usually done during the shoot but can be revreated in iMove.

The dolly zoom effect is very recognizable. The subject in the foreground stays motionless, but the background appears to change and zoom out so you can see more of it. It's liked by many filmmakers because viewers recognize the effect very fast since the subject who is always on the front is immobile with the background zooming consistently for it. 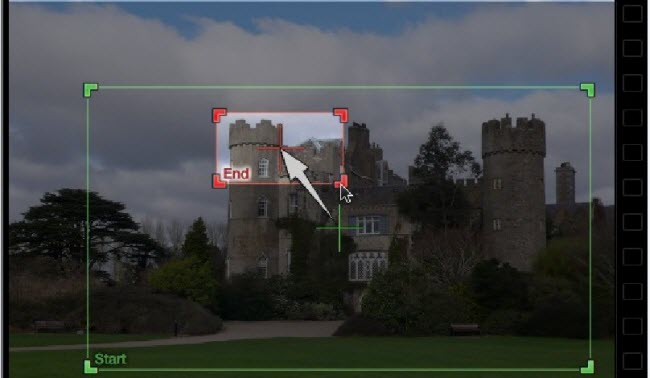 Adding this effect to your iMove can stabilise your shots to smooth the motion for that professional touch. The shinning is probably the best example of the use of steadycam, as the camera glides through the hotel's corridors and its maze. It has some limitation but that does not carry away all the glamour in using it with iMove to give it a professional touch. The main benefit of this effect is the ability to track subjects every place they go to. It's good for smoothing shaky shots in a movie.

If your movie sounds great, this special effect will make your screen images look even better. The sole purpose of external microphones is recording and you will greatly increase your production value for very little money indeed. Poor sound makes your audience feel that the video was actually of poorer quality than it actually is, while good-quality audio enhances the whole experience. With the external microphones, people will appreciate your movie.

Using iMove's built-in effects enable to change a clip's look progressively over time. You can alter the brightness, contrast and color of any shot. You can also obviously use them to distort the image, giving it an unnatural appearance to simulate unusual weather conditions. 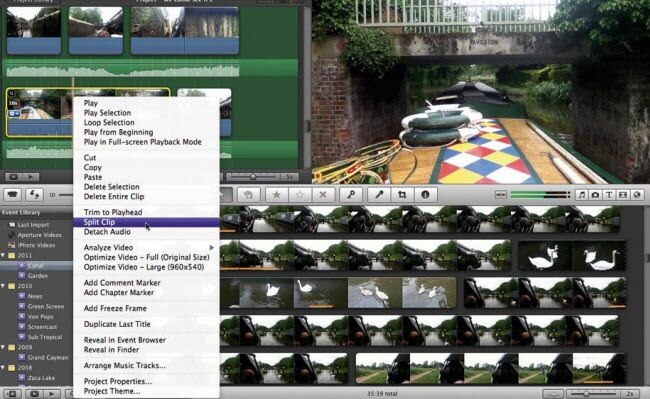 You are allowed to cut to another shot without ever losing the focus of your story. Changing shots doesn't mean changing scenes: when done right, cutting to different angles keeps the story interesting and the pace flowing. It also makes it easier to use a different take that had a better reaction. You can use it to cut to scenery that is being described in the current shot, while still hearing the narrator talk about the location. Just like you can do with the split screen effect, you can add a clip on top of another, but instead of seeing both at the same time. It's a straight cut: the clip above completely replaces the one below for its duration. 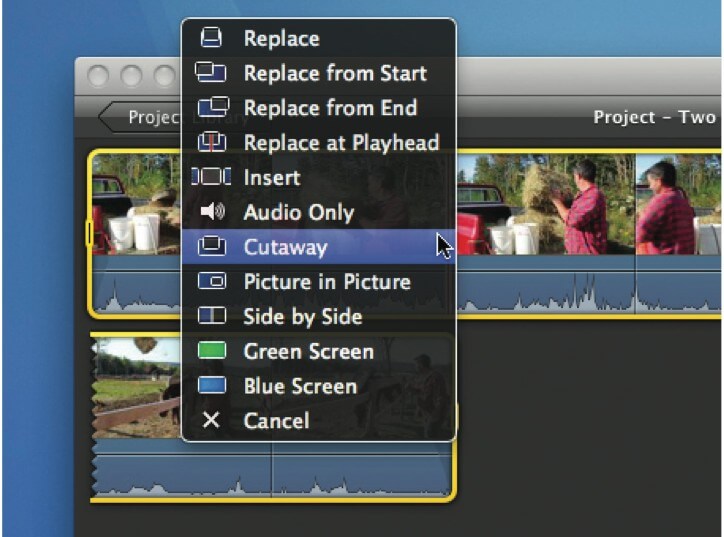 It's used extensively throughout the industry and is a great way to improve a shot. It offers immense flexibility since you get to use the audio that works best for your current situation. Split edits are obviously easy to achieve with professional editing suites. This effect is able to see a clip's audio waveforms, alter just a segment of it and even see at a glance which part could be peaking and lead to distorted sound, making it easier to fix, or cut out of your project. 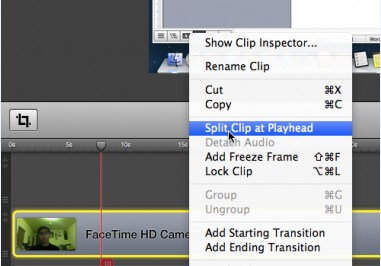 8. Split the Screen in a Video

This effect can create for more than one image on the screen at the same time. You can in fact be more creative and see more than one image at the same time, each battling for your attention or complementing each other. When used in iMove, split effect helps to enhance the quality of shots and comes with high flexibility. You get to make a choice of the exact audio for your prevailing situation. With a professional editing set like iMove, you will have it easy in achieving split edit which doesn't include long processes. 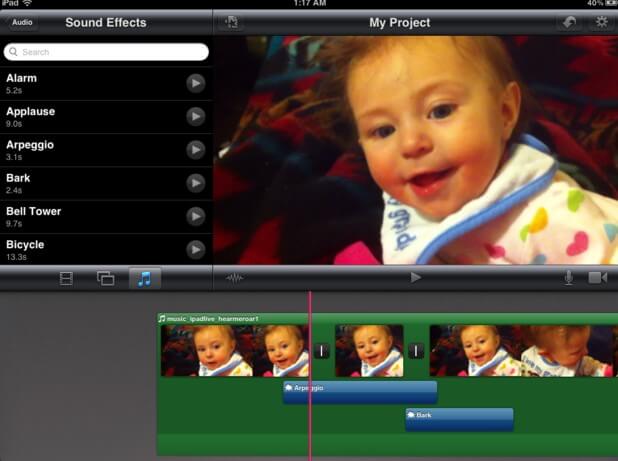 By using iMove's trailer factory, you can announce your forthcoming film in style. It's an art that will include selection of an appropriate clip and right music but not revealing a lot of details concerning the real movie. This effect is basically designed to create some anticipation of the actual movie. The process of putting together a movie trailer effect is fun and easy.

This is the effect for creating an effective montage or opening sequence in time to the music. You can't downplay the significance of music in any movie production thus this effect music be a top consideration for you all the time. When used at the opening of a movie scene, music will help to create the right mood and tone as well as even make viewers more interested in watching it to the end. You should be in a position of replicating this effect on your movie once you have iMove in your possession. 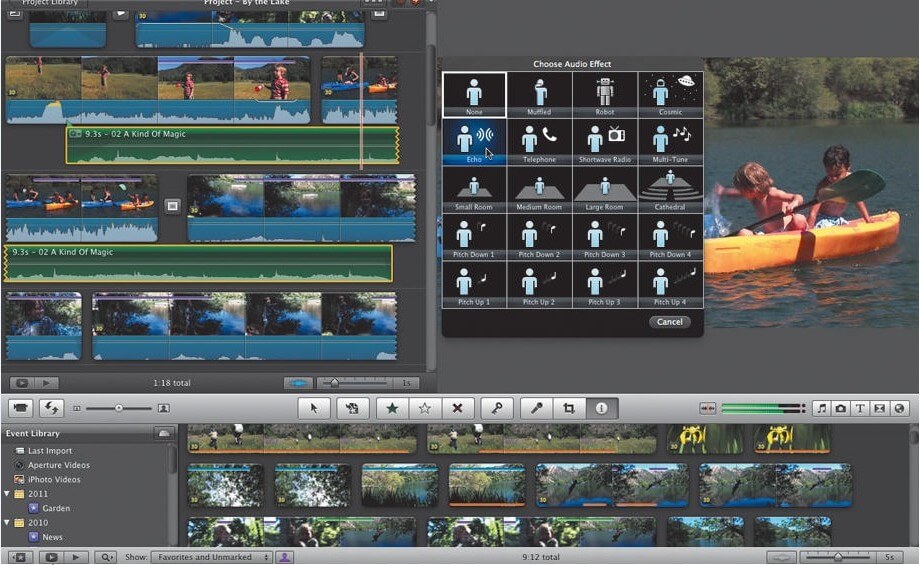