"A very great video converter in every respect. I gave a five-star review." more >>

WebM, promoted by Google, is an open-source and free digital multimedia file format based on the Matroska file container. It is supported by all browsers and is integrated in Adobe Flash technology. But the downside is that WebM format cannot be recognized and opened by Windows in PC, While WMV, known as Windows Media Video and developed by Microsoft, is a widely supported video format. Hence, if you have got WebM files and cannot open it, then you may need to convert WebM files to WMV on Windows 10/8.1/8/7/Vista/XP with the top 3 WebM to WMV video converters we listed here.

Video Converter Genius is an all-in-one video converter to easily and effectively convert videos among all popular video and audio formats at a fast speed. It functions well with most of the popular video formats like MP4, MOV, 3GP, AVI, WMV, RM, MPEG, M2TS, TS, AS, MP3, APE, even the WebM files, it also can help you convert them into various video format.After conversion, you can freely play your videos on your portable device, import to various apps and upload the website for sharing.

Part 2: The Comparison Between Video Coverter Genius and Other Video Converters

In addition to Adoreshare Video Converter Genius, there are still some other programs spefically designed to let you convert HTML5 videos to WMV or other formats. We have served you with a couple of outstanding ones, let’s check it out!

Apowersoft Video Converter Studio is an efficient and simple-to-use program that allows you to turn audio and video files into AVI, WAV, MP3, MKV, MP4, WMV,WebM and others.

Meanwhile, it provides you some advanced features like cutting video clips, adjusting the video effects, cropping video size, merging different videos into one as well as loading subtitles. The tool is wrapped in a clean and intuitive interface. And you are allowed to process multiple entries in batch mode. 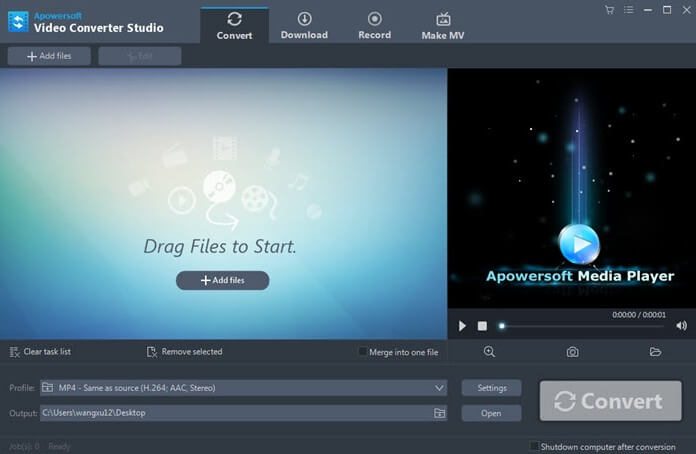 Any Video Converter Ultimate accepts almost all the file types and it helps you convert all kinds of video formats including MP4, AVI, RM, RMVB, QT, MOV, 3GP, 3G2, FLV, MPEG-1, MPEG-2, DVR-MS, VOB, MKV, ASF, DivX, OGM,WebM to MP4, AVI, WMV, 3GP, FLV, MPG and SWF with fast converting speed and excellent video quality. Additionally, this video converter software includes all the basics associated with most popular media players, such as smartphones and tablets, or anything with a screen capable of playing video. Also, it supports batch conversion, it can merge several video clips in different formats into one file, manage output video files by group or profile.

This app does not analyze or help you to figure out in advance if there are problems before conversion. Also, it took too much time(more than 30 minutes) to convert an hour-long video, but other competitors converted the same video in five minutes. 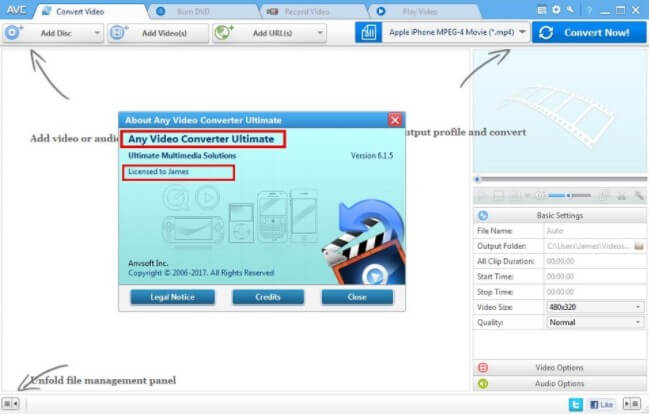 So there you have it, a list of best 2017 WebM files to WMV converter software can help you convert video files to WMV format. The video converter application you choose will depend on your budget, the equipment you're using, and how serious you are. Do you have any other recommendations, if so, please feel free to let us know!