Best Way to Upload Video to iPad without iTunes

“It is the easiest way I’ve used to transfer home videos and movies to iPad from computer. No format limitation, fast and better!”more >>

Use iTunes Alternative Tool to Sync Videos to iOS Device

iCareFone can be used as iTunes alternative tool in many aspects, and it is even more powerful and user friendly.

Now follow the guide to import videos to iPad freely.

Step 1. iCareFone has both Windows and Mac version, download and install it to any PC/Mac.


Step 2. Open iCareFone and connect your iPad, choose File Manager and then select Videos in the 9 types of data ready for management. Step 3. Now in the video management screen, click Import button and browse videos from computer for adding to iPad. In this test I choose a video in .rmvb format for transferring. 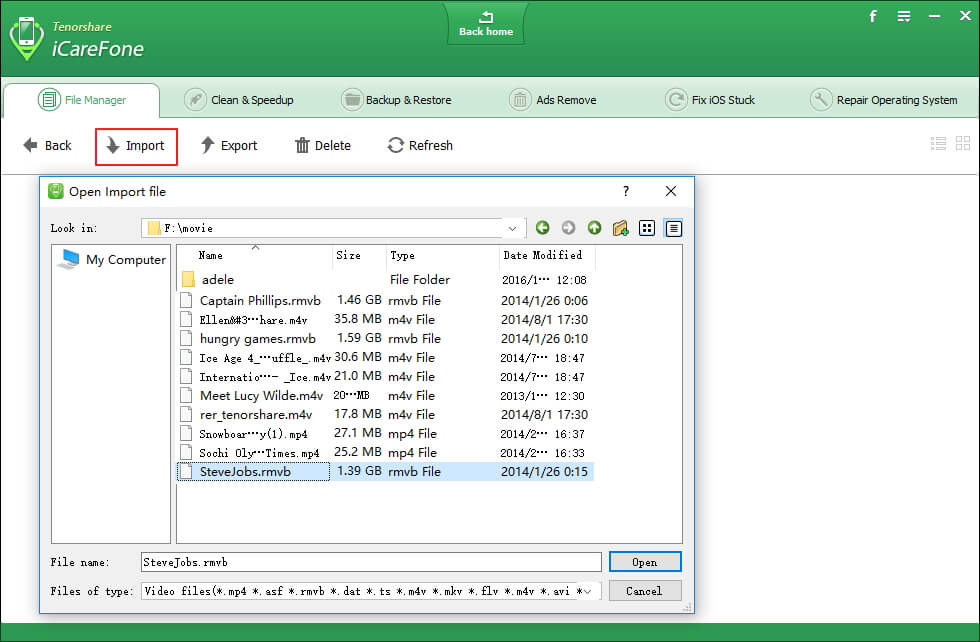 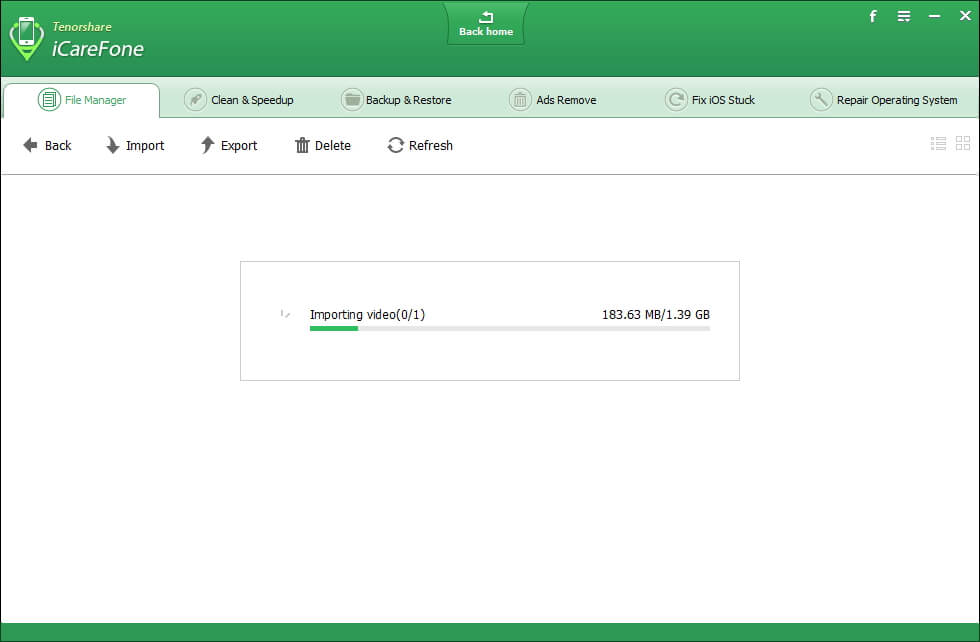 Step 4. After the video is added to iPad successfully, you’ll find that the video file has been converted to .mp4 format. You can preview and play the imported video in iCareFone. Just click the play button in the video thumbnail. 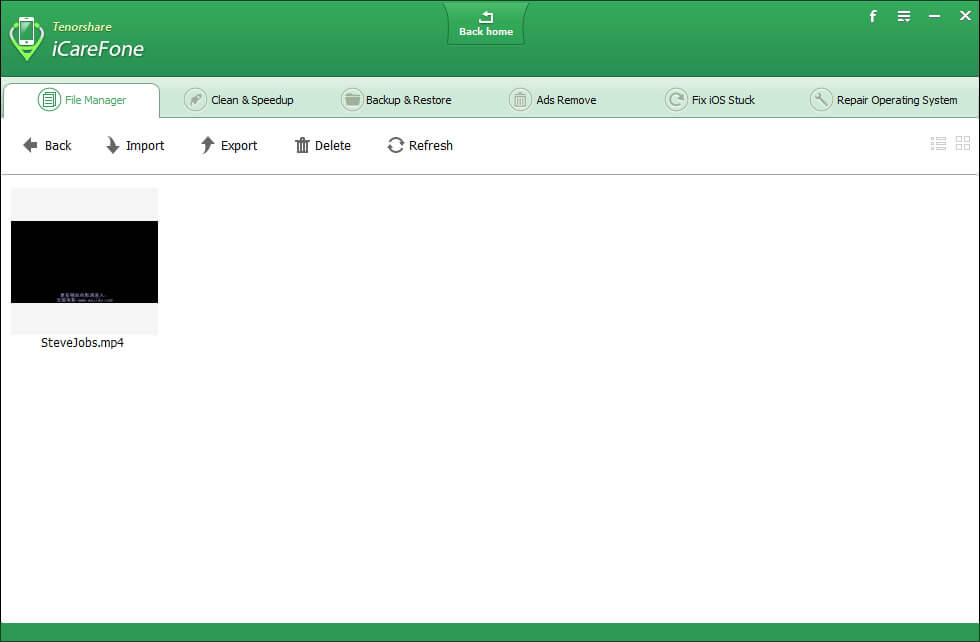 Apart from uploading video to iPad from computer, iCareFone allows you to export videos from iPhone/iPad to computer, or delete unwanted videos in batch to release storage.